Last Thursday Jason graduated from High School.
He is a great student (except the homework thing again...that's a theme in our household for some reason!!) But he managed to graduate with honors - getting an average gpa of 3.5 for all 4 years.
Jason is a very smart young man, and will be going to BYU Idaho in the fall majoring in Mechanical Engineering.  He wants to go there for a year, then hopefully a mission, then go to BYU Hawaii for his last 3 years of college.  I think he might need his mom to come visit a lot there!!
After his graduation,  friends and family came over to congratulate him and visit.
It was such a good day!! 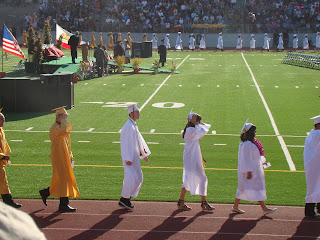 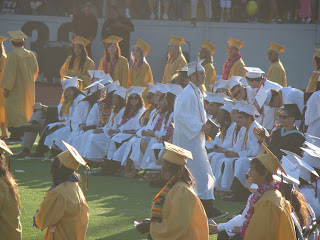 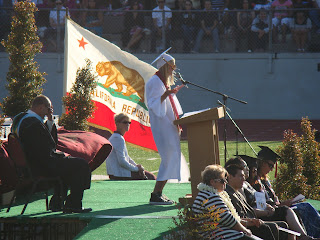 Here's our friend, Haley.  Jason and Haley liked each other for awhile in their Freshman and Sophomore years.  She is one of my favorite people, as well as her parents.  Her dad is the swim coach at MV and has done so much for my boys.  Their whole family is just amazing!!
Haley was Salutatorian, and gave an amazing speech.  She's got such a great personality, as well as her gpa of 4.5 or some crazy number like that!  Haley will be going to University of Redlands in the fall. 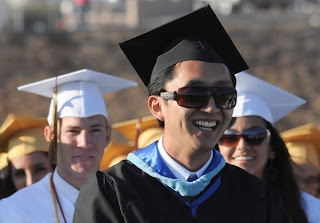 Jason is now 18 years old.  As a baby, he won the best crier award hands down!  When he was born, I didn't get to hold him much.  They had the team called in during delivery - and he was a c-section!  I could hear him for hours while I was in recovery just crying.  I asked David if that was our baby, and he said he was pretty sure it was.  The nurses came in and said to me, "Oh boy, you're not going to take this one home, are you?"  For months I knew something was wrong with him, and all the doctors just said it was colic.  After doing EVERYTHING I could possibly do, I took him to a chiropractor upon advice from a few different people when Jason was about 11 months old.  It was like magic.  A few touch of the thumbs onto Jason's back, and wallah, a new baby.  It ended up being that during delivery he got twisted and it messed up his poor little body.  He still has issues from that!!

So I actually remember the first day Jason laughed and was REALLY happy - where we were and what we were doing.  It was winter and we were at the Pine Valley Park playing in the snow.  That will give you an idea of how absolutely horrible our first year was.

Jason since then has grown (literally) to be a strong, healthy young man.  He is so kind and thoughtful about other's feelings. He is so super smart and capable.  He is my go-to for getting things fixed around the house when his dad's not home.  Actually, Jason is a carbon copy of his dad.  We all love him so much!!  Happy 18th birthday to you, son.  You make me proud to be your mom.

So here are a some pictures of Jason as he grew up.  Enjoy! 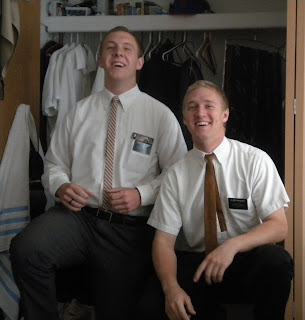 It is hard to believe that six months from this Thursday (June 16th) Zak will have completed 2 years on a mission. In the beginning if you had told me the time would fly by, I would not have believed you... but it has!
I'd have to say that the last year & a half has been hard for me (for many reasons) but we have been continually blessed. I have felt the Lord's hand on my shoulder many times since Zak left & I know it is because he is being a faithful servant. I would never trade this time for anything. Until you have a missionary of your own you truly do not understand the growth & strength that they gain during their time serving.
Zak has become a disciple of Jesus Christ & I know that he is a better man because of it. He will also be a better husband, father & Priesthood holder.
Zak was recently transferred from Port Huron to Canton & is serving with Elder Smith. It sounds like he loves serving with Elder Smith - you can see by the picture they must have a good time together! Saturday we received a copy of a letter in the mail that was to Zak from his Mission President asking Zak to be a zone leader. I know Zak is happy about that because he loves working with President Holmes!
Although we still don't know the exact date Zak will be coming home, it's still crazy to know that we could be reunited by Christmas! What an awesome present! 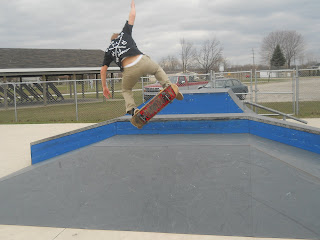 Zak still found time (occasional p-day) to have some fun on his skateboard.... but in his last area he was feeling like he needed to get rid of it for the remainder of his mission. So he gave it to an investigator that liked to skateboard. He knows that the Lord will bless him to remember all of his tricks & then some when he returns... if he serves by giving 100%.

I am thankful for a son who didn't even think twice about serving the Lord. I know that he has had hard times while he has been gone but it has never changed his attitude about doing the Lord's work. I know that his Father in Heaven is proud of him... because I am too!
Posted by Prescott family at 8:13 AM 3 comments:

I have been a terrible mother this year. Swim season is over, and I never posted a darn thing! But here it is in a nutshell... 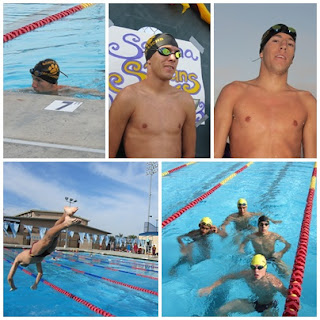 He made it to CIF for his 100 breast stroke. It was so cold at CIF, he GAINED 2.5 seconds - which is a lot of time. The skinny kids all added time, and the beefier kids did the same or better as their fastest times. No insulation to keep them warm!!

At banquet last night, he received another letter, captain's star, MVP, and CIF patch, as well as the Union Tribune All-Academic Award for having a gpa of 3.73 and participating in sports. 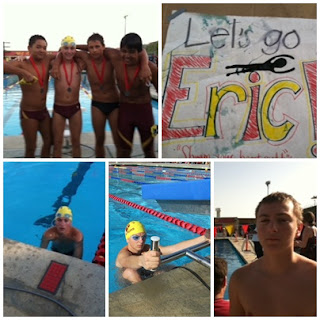 At banquet he got a medal for leagues, and had enough points for doing so good, he got a varsity letter!! He is looking forward to doing swim next year, as well, following in his big brothers' footsteps. Eric already has tons of awards for placing in so many events. He would even like to try dive, like Troy. Troy was the only diver on the school team in the last 4 years. Coach wanted Eric to wait until next year so he can organize his coaching for dive. I'm so proud of them and all the hard work they put out this year. It was a lot of fun, but always a little sad to see the seniors go. I get so attached to the kids and their parents!!
It's been a fun year and we have some great memories to carry with us.
Posted by Dee Dee at 12:09 PM No comments: