This year our stake bought in to a campground with some other stakes, and we get an awesome deal when camping there.  So this will probably be our new place to camp as a ward.  Which is okay by everyone we got comments from. 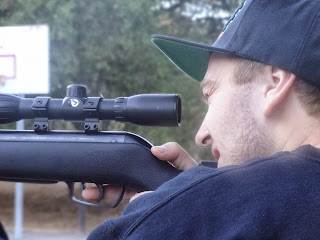 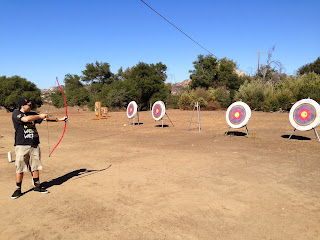 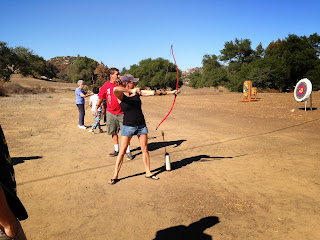 Joy was a great shot!!  (at rifle shooting too) 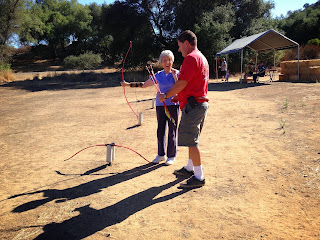 and swimming, although the water was FREEZING! 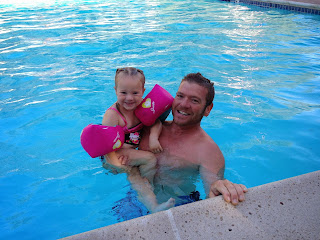 And so much wildlife!!  This hawk was HUGE!!!  I thought maybe it was a statue, but then I saw it's feathers blowing in the breeze.  We walked around to the other side and it turned it's head a little, but it just sat there and was waiting for breakfast. 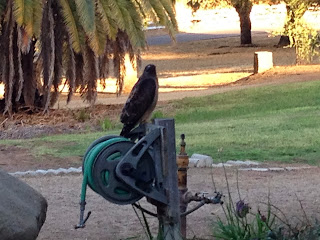 It's hard to see, but there are deer here.  A large buck with amazing horns and 2 doe, and a baby. 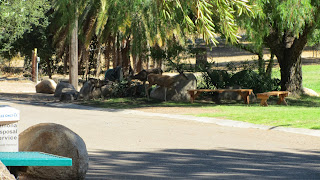 and people having a great time :) 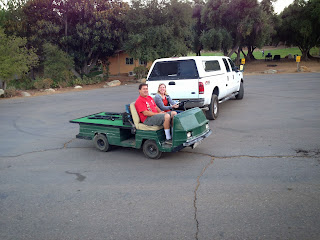 I don't have the zip-line pictures yet, but THAT was fun!!  I was a little afraid to do it, but heck, if Joy can do it I HAVE to do it!  haha  If it wasn't such a long line and so many people waiting for turns, I would've done it again and again.

It was rushed, like everything else we do, but it was fun.  I heard lots of feedback that people want to start doing a ward campout twice a year.  Sounds like a great idea!!!