It has been a whole year since David was called as bishop of the Sweetwater Ward.  This year has flown by so fast, at least when thinking about this new calling.  I knew I needed to document him through the years (assuming there are more than 1???)  This was in the beginning... 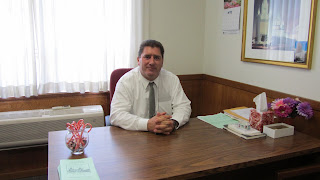 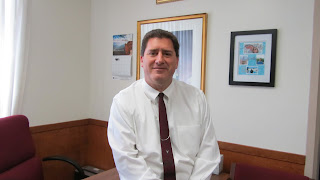 He still looks happy.  haha
I asked him what are some of his most memorable or favorite things that have happened over the past year.  They include having a GREAT turn out at an all day Ward Temple Day.  He spent days and days interviewing people to get their recommends updated in preparation for the big day.  It was a big success with having about 70 members there.  Those who couldn't go inside got a tour of the temple grounds and then a trip to the Mormon Batallion Center.  Through the year several people in the ward were able to go to the temple for their first time.
We had a great Christmas Program, as well as many other ward dinners.  Our very own missionary returned home from his mission, and one from our ward got his call to serve recently.
Another great moment was just last week when the Activity Day Girls gave him a "Must Have Stash" of treats to help him survive long days in his office.  There are tons of pictures of them with mustaches on.  What a cute idea from a couple very sweet leaders & girls!!! 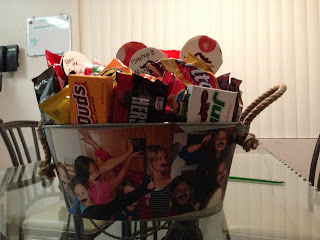 There are many more things that happened that were fun memories. We had a great beach party, ward campout, the hugest Labor Day Pool party yet, and a spring picnic.  Girls' camp is always a hit, and Varsity Wakeboarding is probably his most favorite activity ever!  All in all, its been a pretty good year.  Here's to however many more the ward can stand!
﻿
Posted by Dee Dee at 6:50 PM 2 comments: