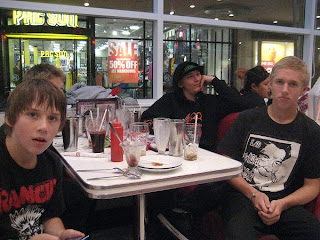 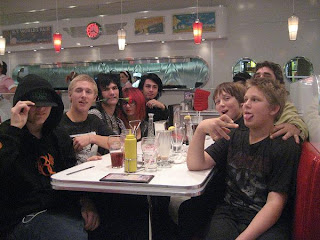 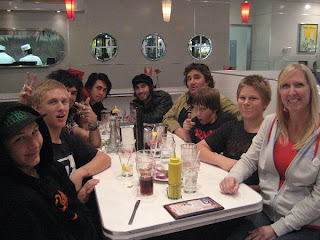 Today is Noah's 12th birthday! Noah is the baby of our family & often his birthday is forgotten (mainly because it is just days after Christmas)... but not this year! Turning 12 is a huge deal as on Sunday he will be ordained a Deacon. So exciting! I can't believe all of my boys will have the Priesthood, they make me so proud. Besides Noah getting to go snowboarding with the James' yesterday - today Zak took just Noah to the skate park & spent the day with just him. Noah commented on how fun it was to spend the day with just Zak - savor it!!
Tonight we met up with some friends & had dinner at Ruby's Diner - it was fun & a little crazy. The waitresses even sang Noah happy birthday (but of course I didn't get the camera out in time!!). We had a good time, as you can see by the pictures! Happy Birthday Noah!!!
Posted by Prescott family at 9:47 PM 3 comments:

Christmas with the Prescotts

Yesterday we had our family Christmas party. We had lots of gifts and lots of food. It was fun getting together, but we did miss Max & Joy. I put together all of the pictures that Kevin took so that they could feel like they didn't miss anything.

Troy and Jason have finals this week, and today they got out at 11:15. They've been planning with some friends a trip to the snow. As usual, I'm the designated driver. David taught Jason how to put the chains on, they got snowboards and boogie boards to slide down the hills on, and off we went. And wouldn't you know it, I forgot my camera. My cell phone didn't do too bad, though. 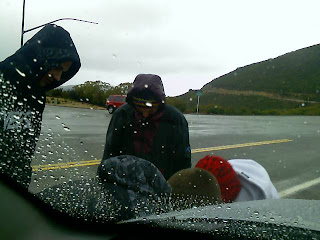 How many teenagers does it take to put on snow chains? 5 - Jason to do it and 4 more to watch!!! At least I didn't have to do it. 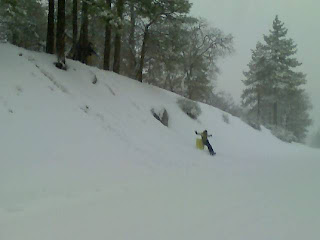 The boys remembered that for Troy's 8th birthday party we went to the Lagunas to play in the snow. We went to a campground up there, and they wanted to go there again and play on the same hills. They didn't believe me it was a long drive, and after awhile, they decided to go back and turn around to where all the other people were playing. On the way, they saw this big hill on the side of the highway. Then they realized they could catch a jump off of this huge boulder. This is Troy landing after he went off the boulder. The end of the hill is the highway. Luckily there weren't very many people up as far as we were. 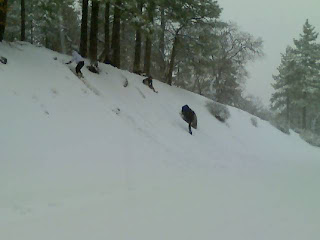 Here is one of the boys taking a tumble. 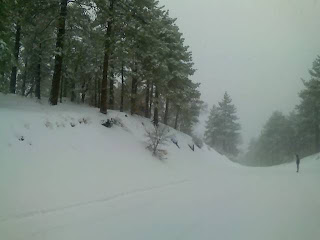 There's the hill and the highway. It was snowing a lot! 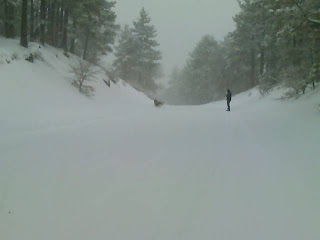 I'm so glad there weren't any cars coming! 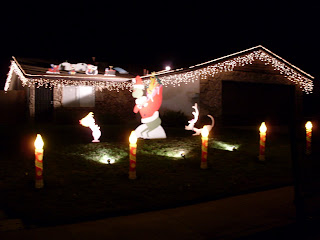 David, Jason & Simon waiting for the celebration to get started! 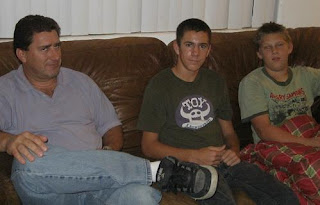 We had a very last minute (impromptu) birthday celebration for Simon's 14th birthday this last week. For some reason Simon's birthday tends to get over-looked every year. It's right after Jamey's birthday & Thanksgiving... just as I change gears from Thanksgiving to Christmas I some how forget to plan a celebration for him. I am so sorry Simon!!! Anyway, if you didn't get invited to the quick, last minute party I apologize.... 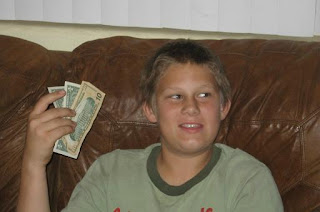 These pictures are backwards in order - not sure why that happened... oh well! Enjoy... 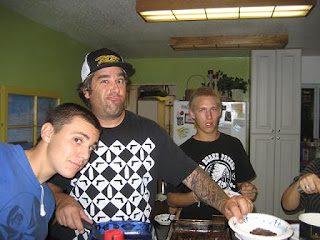 Jamey dishing up brownies & ice cream with Zak & Troy patiently waiting for theirs.... 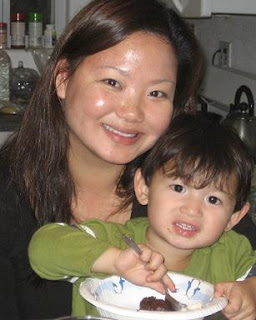 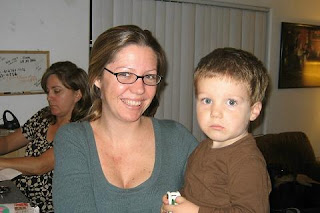 I tried all night to get Wyatt's picture & this was the best I got! He really was happy to be there, you just can't tell in this picture. Kathryn's happy though! This was supposed to be the first picture in this post - oh well. He tried really hard to blow out all the candles at once so we couldn't say he had any girlfriends :o)

Sorry Dee Dee, I keep trying to insert your picture to this post & it won't go in the right spot so I am not adding it... I'm sure you will be sorely disappointed!!
Posted by Prescott family at 6:36 PM 3 comments:

This week was Troy & Jason's water polo banquet. They both already had letters for polo, and they lettered again. That means they get a little bar that goes under the water polo emblem on their jacket. They are really looking forward to having lots of bars on their jackets by the time they graduate. So far Jason has lettered in h20 polo twice, and swim once. Troy has lettered in h20 polo twice, and swim, and dive (each once). Jason is now in a water polo club so he can hopefully get better skills for next year. Wednesday he did a swim-a-thon to earn money, and swam 100 laps in about an hour. Dang! 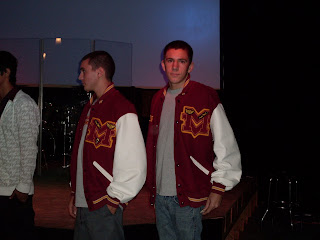 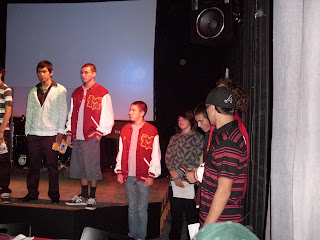 Some of the team that lettered.
Posted by Dee Dee at 7:58 AM 5 comments: