October is the month we celebrate two of my favorite people's birthdays.  My brothers Danny and Bill.  They melt my heart.  Danny and I are closest in age (he is 7 years older than I am).  We were the only two living at home for most of my childhood memories.  We fought like crazy, but we are still buddies.  He by far had the hardest life of any one person I know.  But we could always talk.  Sometimes he didn't like the "little sister lectures" that he got, but he'd call back.

9 years ago he was brutally attacked and has traumatic brain injury.  He remembers things from when we were kids, but nothing of his attack or the time period surrounding that part of his life.  Which is great!  He's happy, except when I tickle him.  He really gets mad.  But it's so fun to tease him!  Unfair advantage, but you know what they say about payback!! 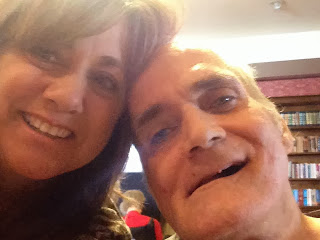 My other special brother is Bill.  He was born with Cerebral Palsy.  He's not real chatty.  In fact, if you get 10 words out of the guy, you did pretty good!  He's too cute.  He just turned 62.  Bill is my 2nd oldest brother.  He loves dumping out birthday cards, opening presents, and going out to eat.  Apparently he loves the Dodgers, too, cuz he took in a lot of Dodger loot tonight at his party. 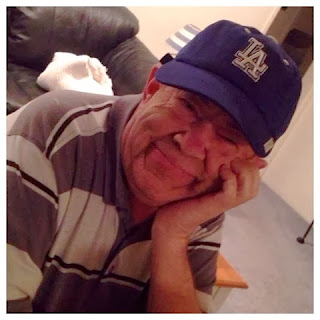 Happy birthday to two of my big bros.  I love you tons!!